It is always such an honor to capture photographs of someone you’ve known for a long time.  I (Tami) have had the pleasure of knowing Shannon since elementary school.  So, when she contacted me to capture her wedding and engagement photos, I was totally flattered and so excited to do so!

Shannon and John were set up by one of Shannons friends, who just happened to also be Johns cousin! They hit is off from the start, and as they say, the rest is history!  They are an adorable couple that just seem to “get” one another.  She falls so easily into his arms.  The way he looks at her almost makes your heart melt. After a night of dinner and dancing, John proposed to Shannon in their apartment – just the two of them.

So, it was a perfect idea, when Shannon suggested doing their engagement photos right outside of where they live in Old City Philadelphia.  They normally walk their dog along the riverfront at sunrise, and it is absolutely gorgeous along there. So, a sunrise shoot was planned! We arrived just before the sun started to peak over the waterfront and made sure to capture their adorable little family, dog included! As the sun rose, the lighting was perfect!  We had so much fun walking around Old City, along the waterfront, Sansom Walk, and the Merchant Exchange Building. It was a great morning to truly get to know these two better! We can’t wait to capture their wedding at Valleybrook Country Club later this summer! 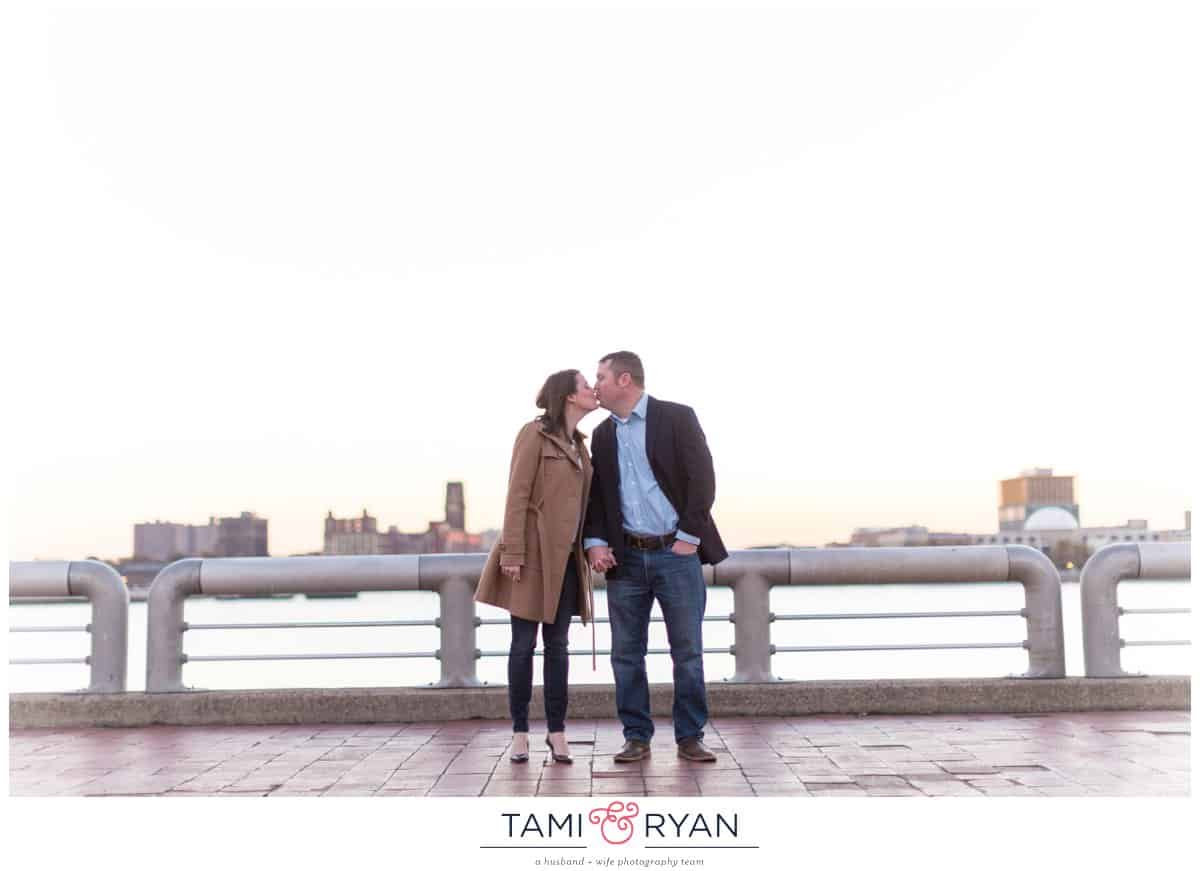 Such a happy pup! 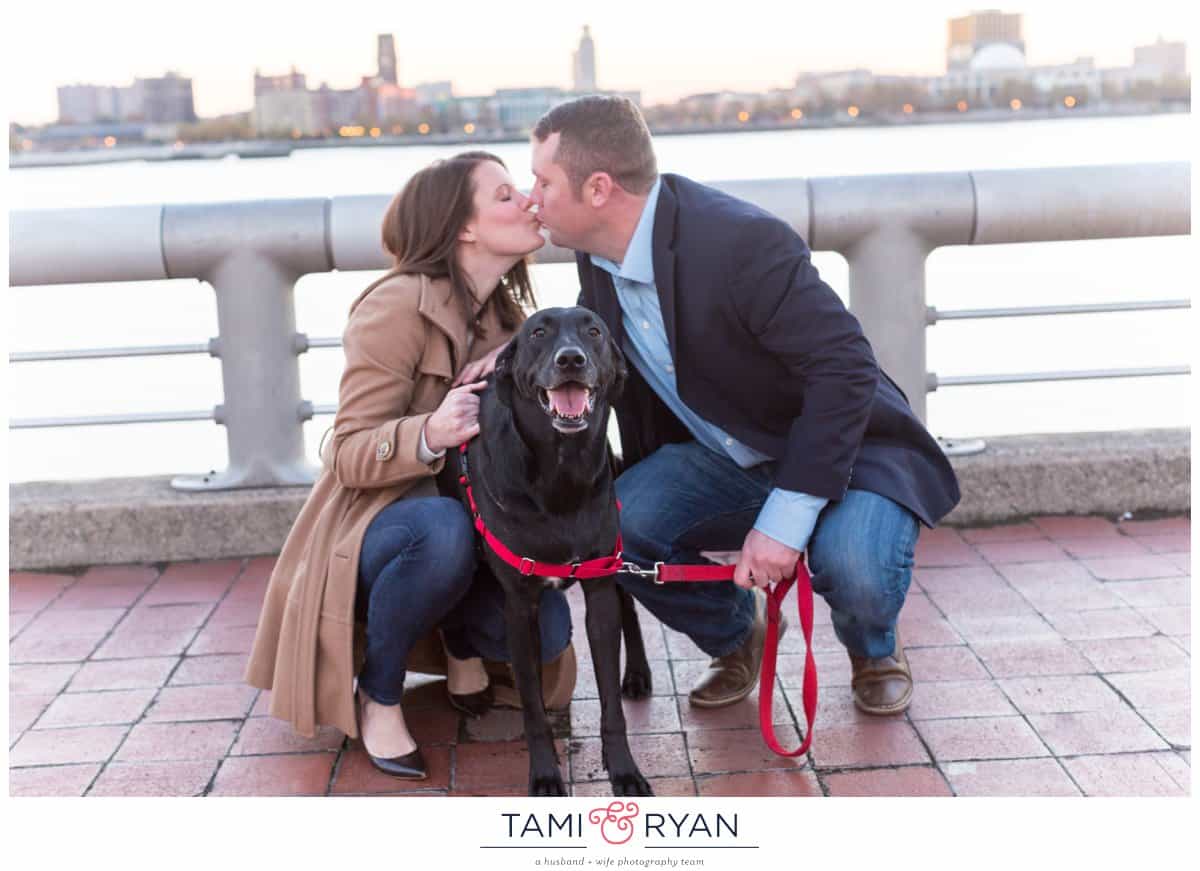 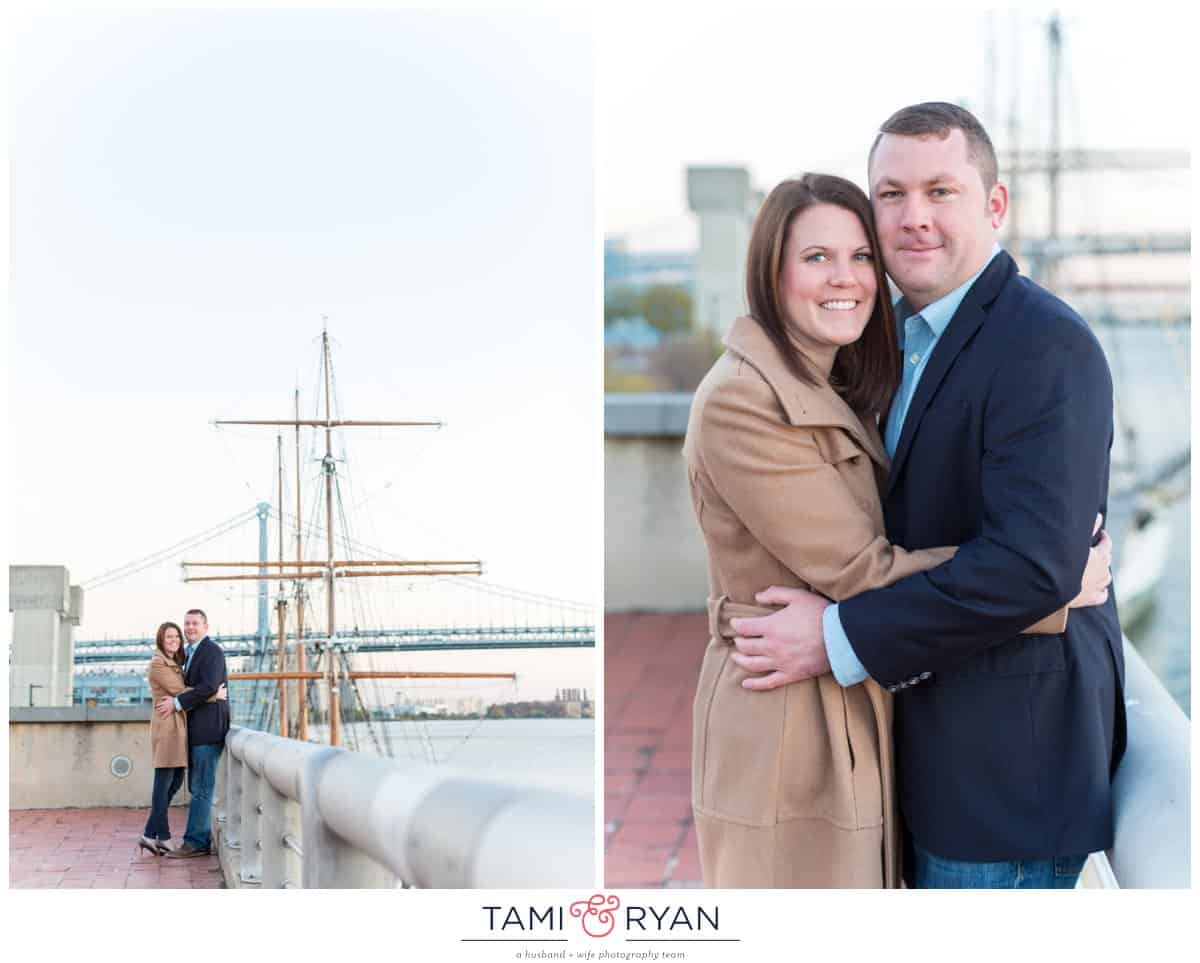 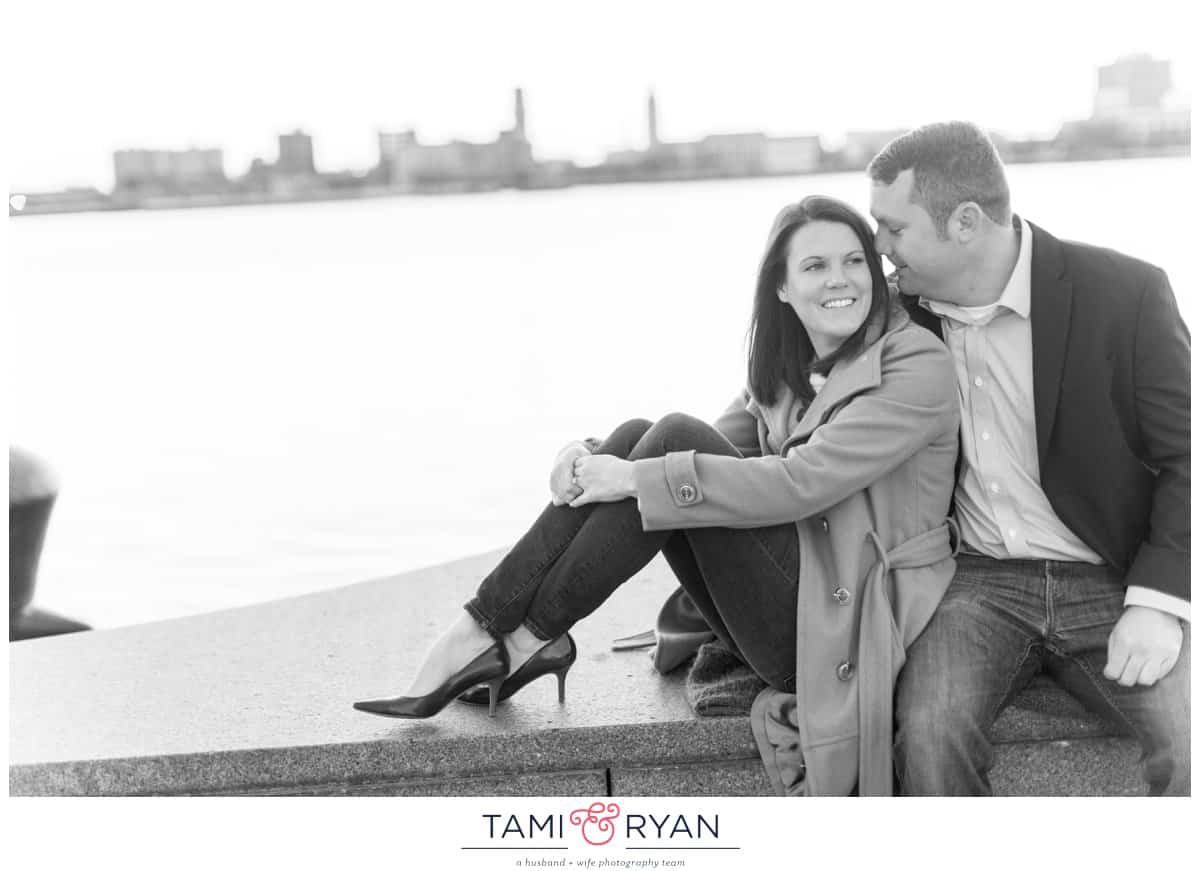 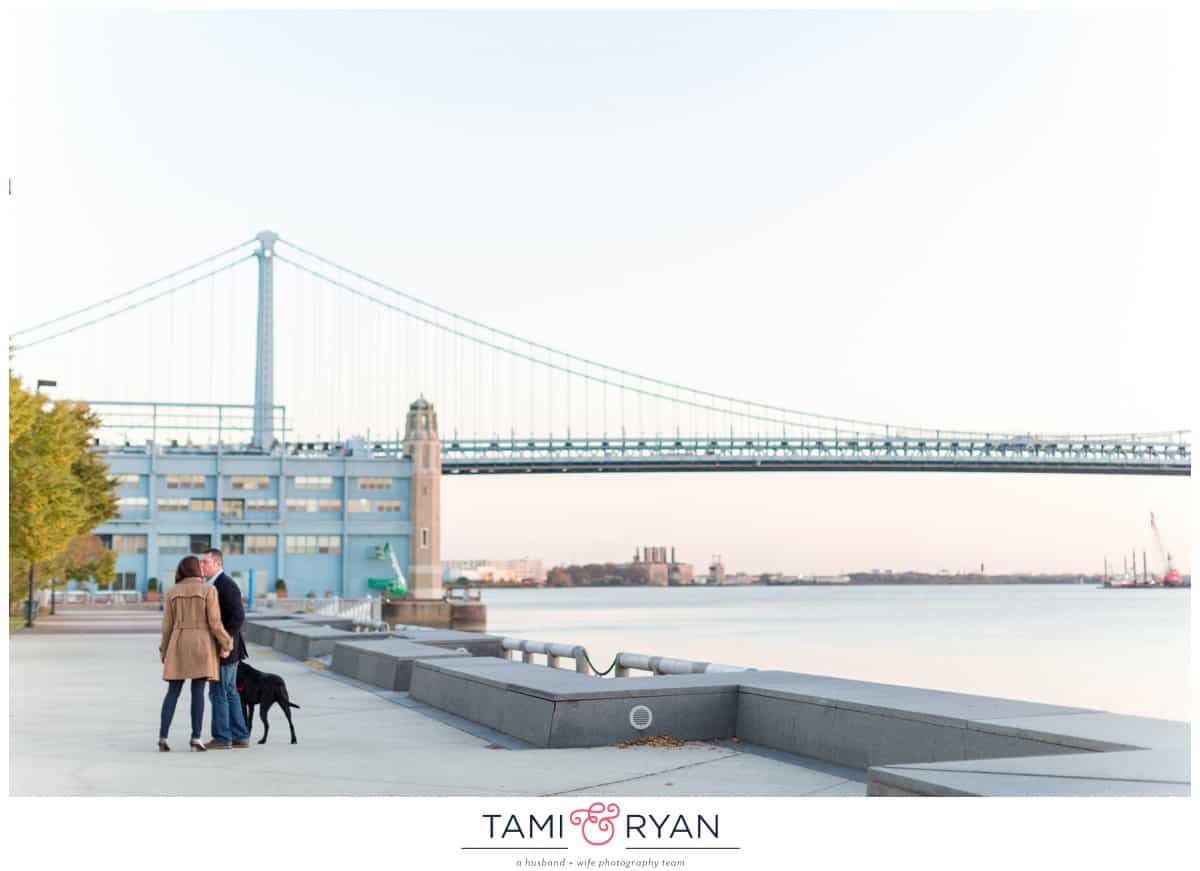 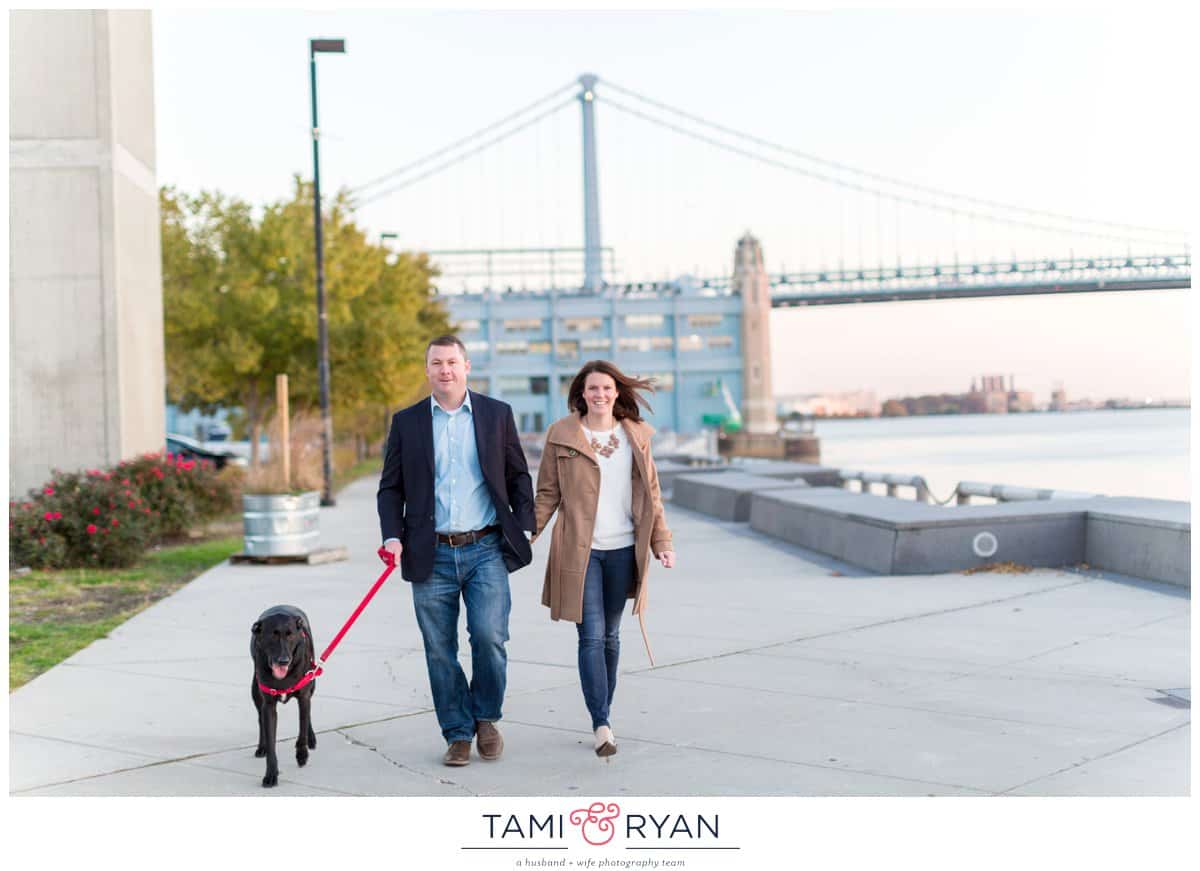 Just as the sun rose over the waterfront – LOVE! 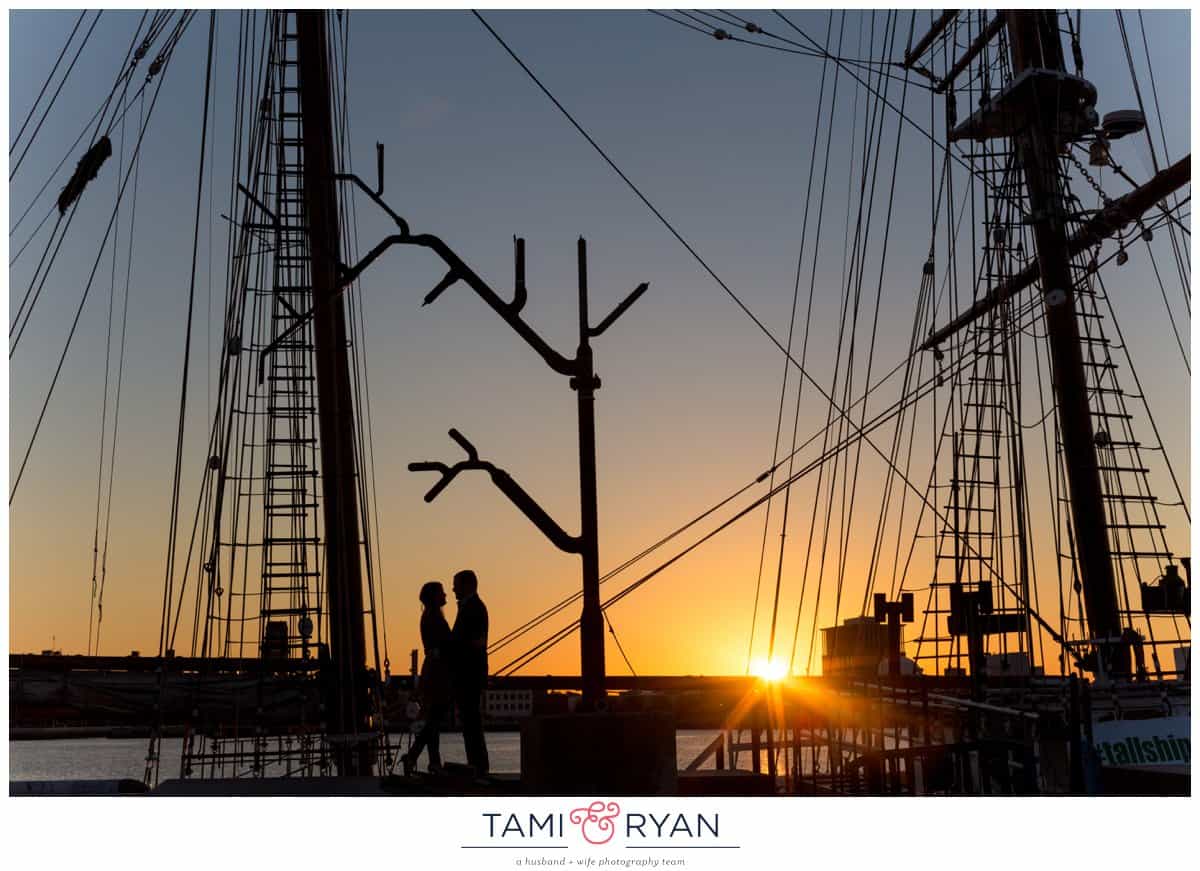 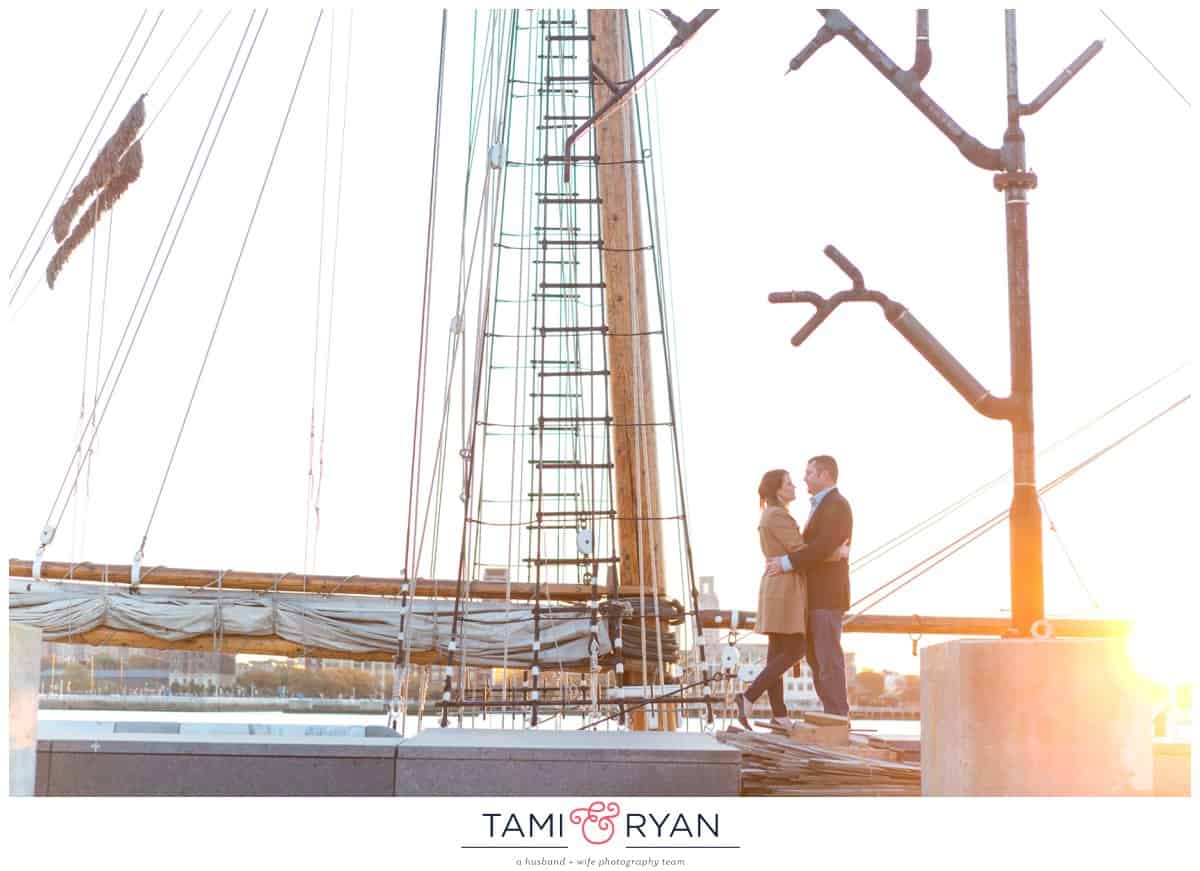 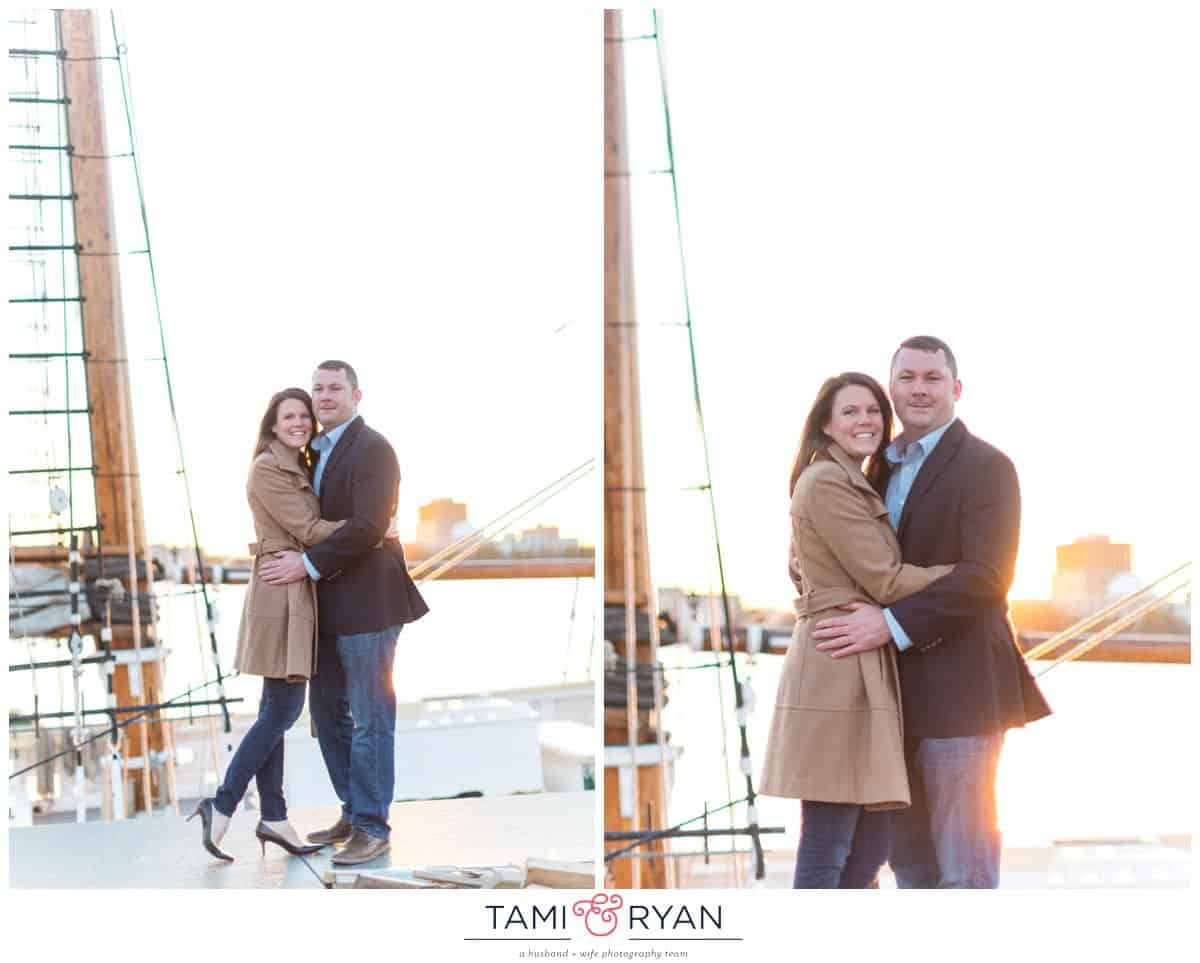 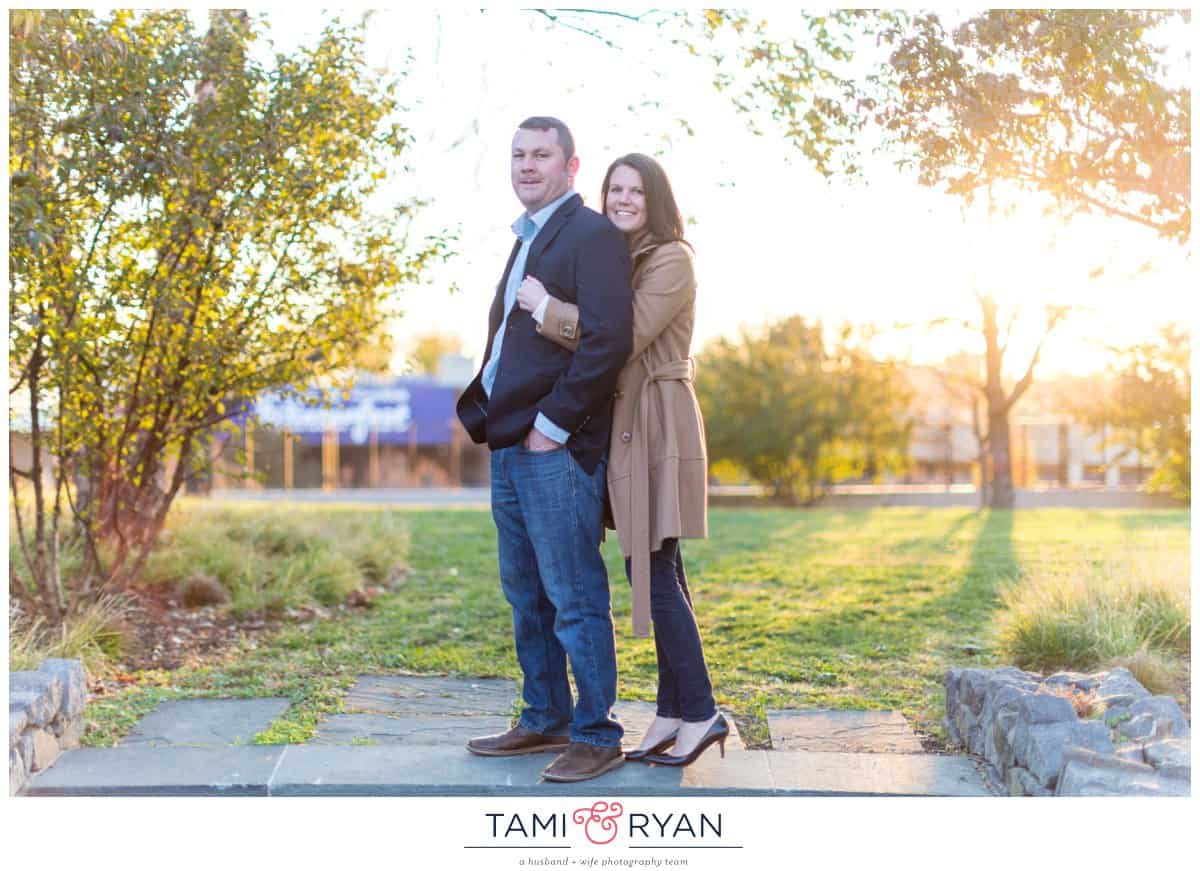 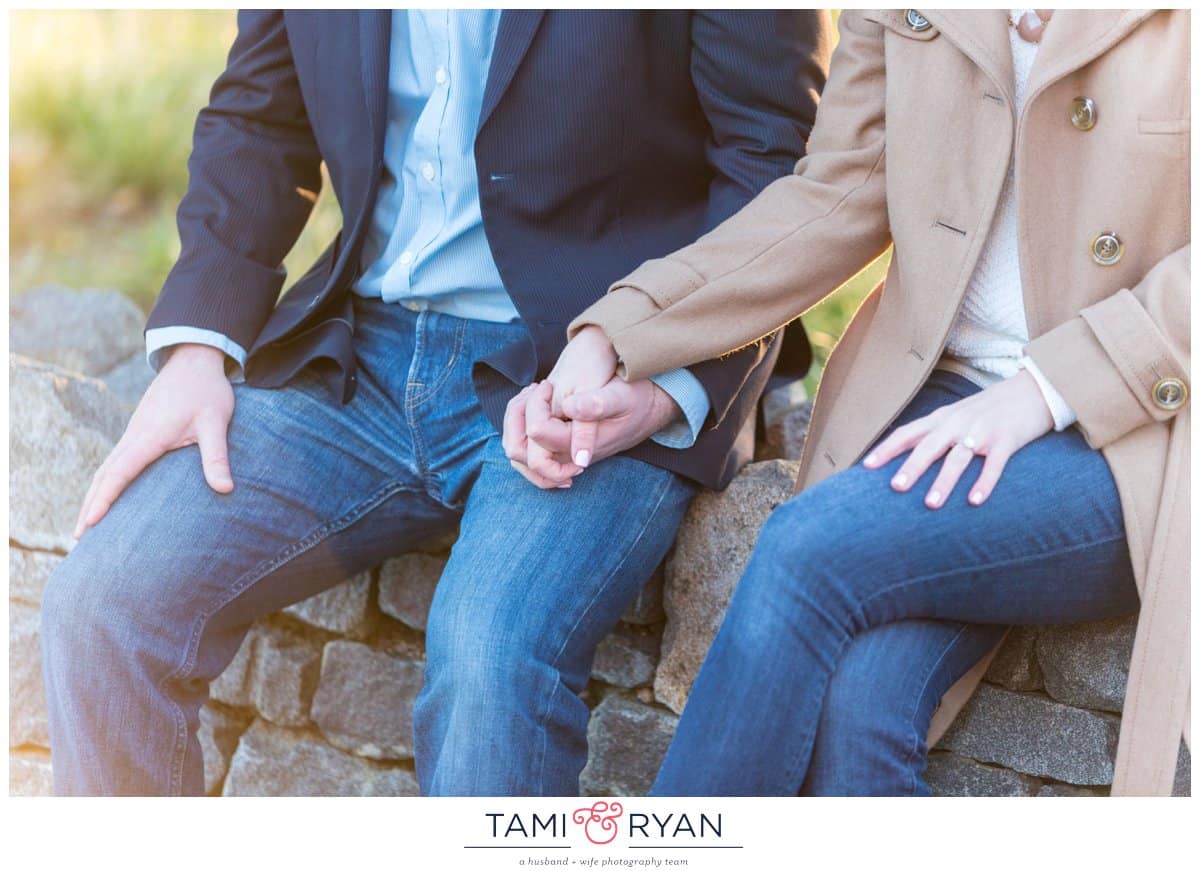 Oh, these two are so sweet together! 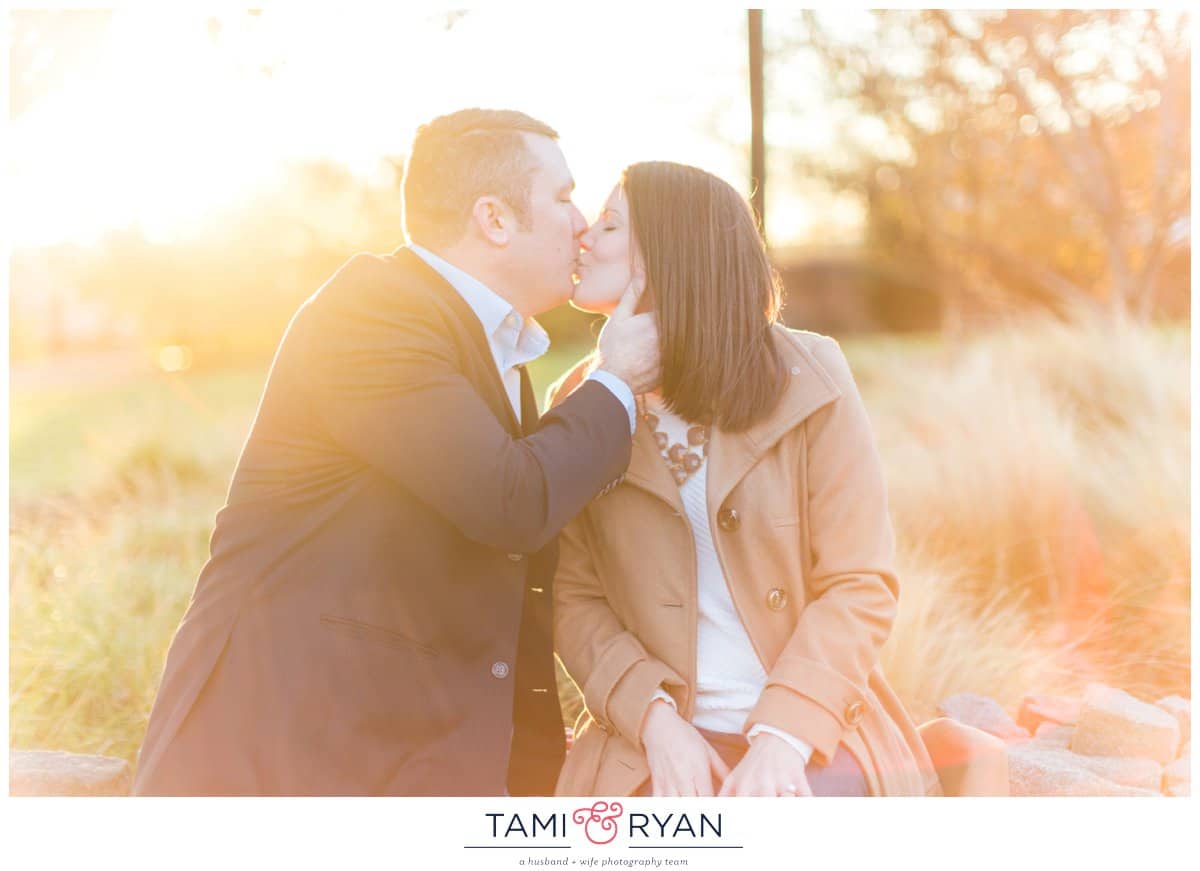 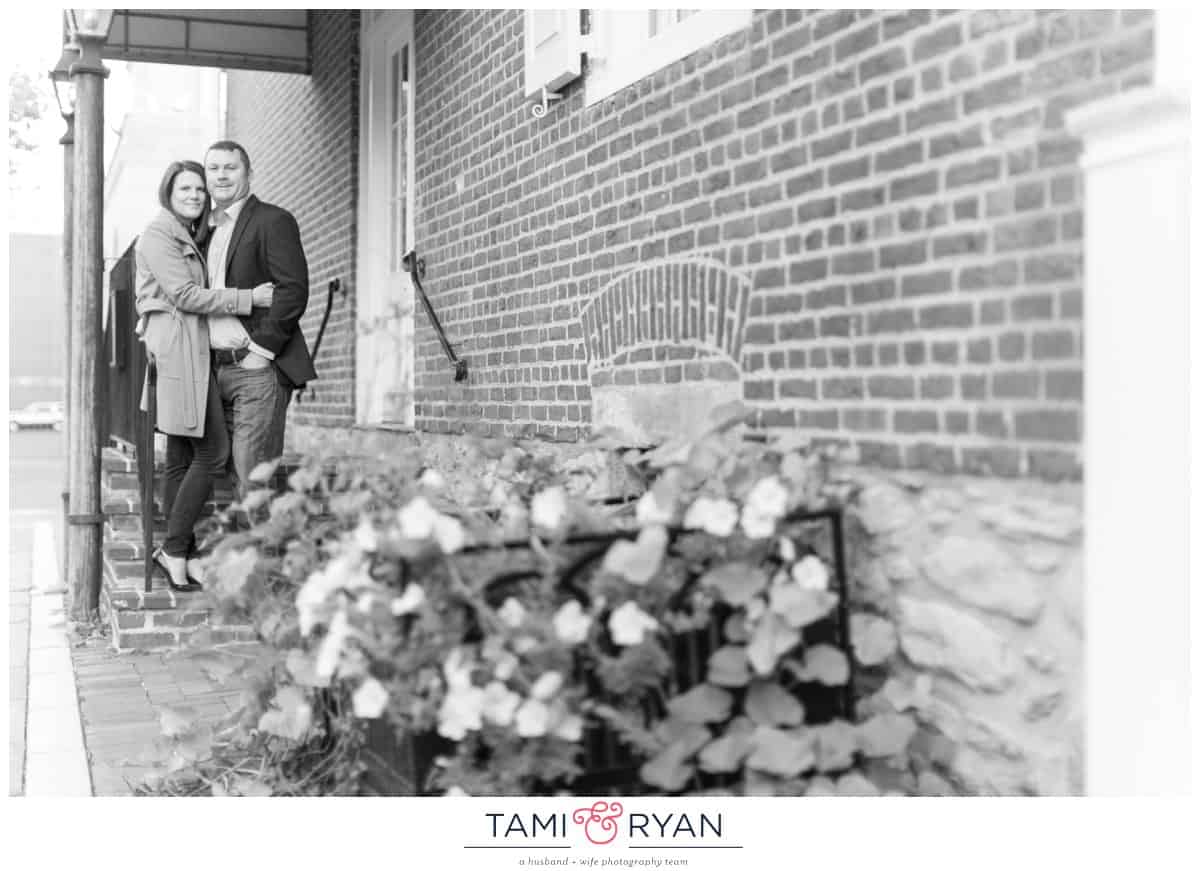 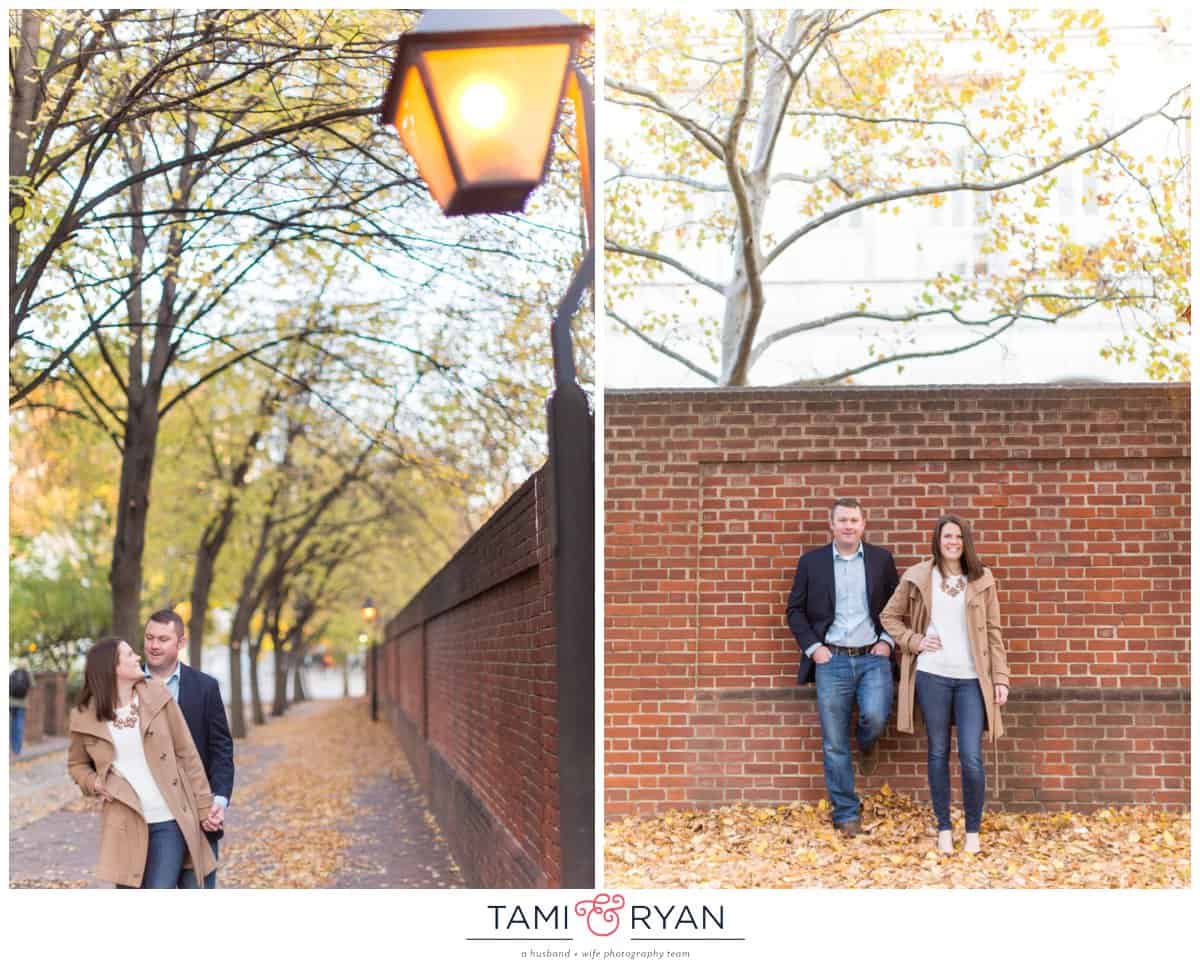 It’s such a dream to be able to live around so many historic and beautiful landmarks. 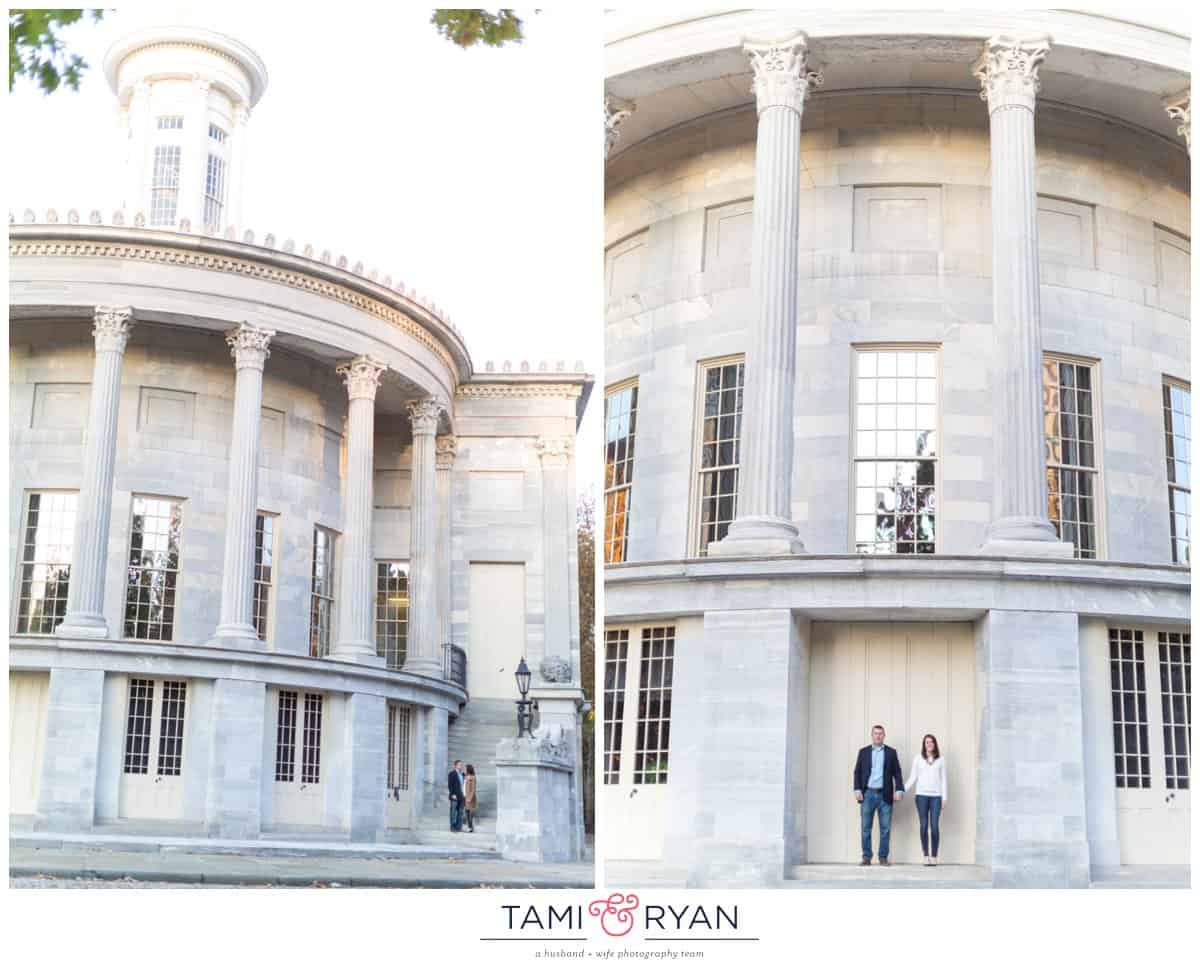 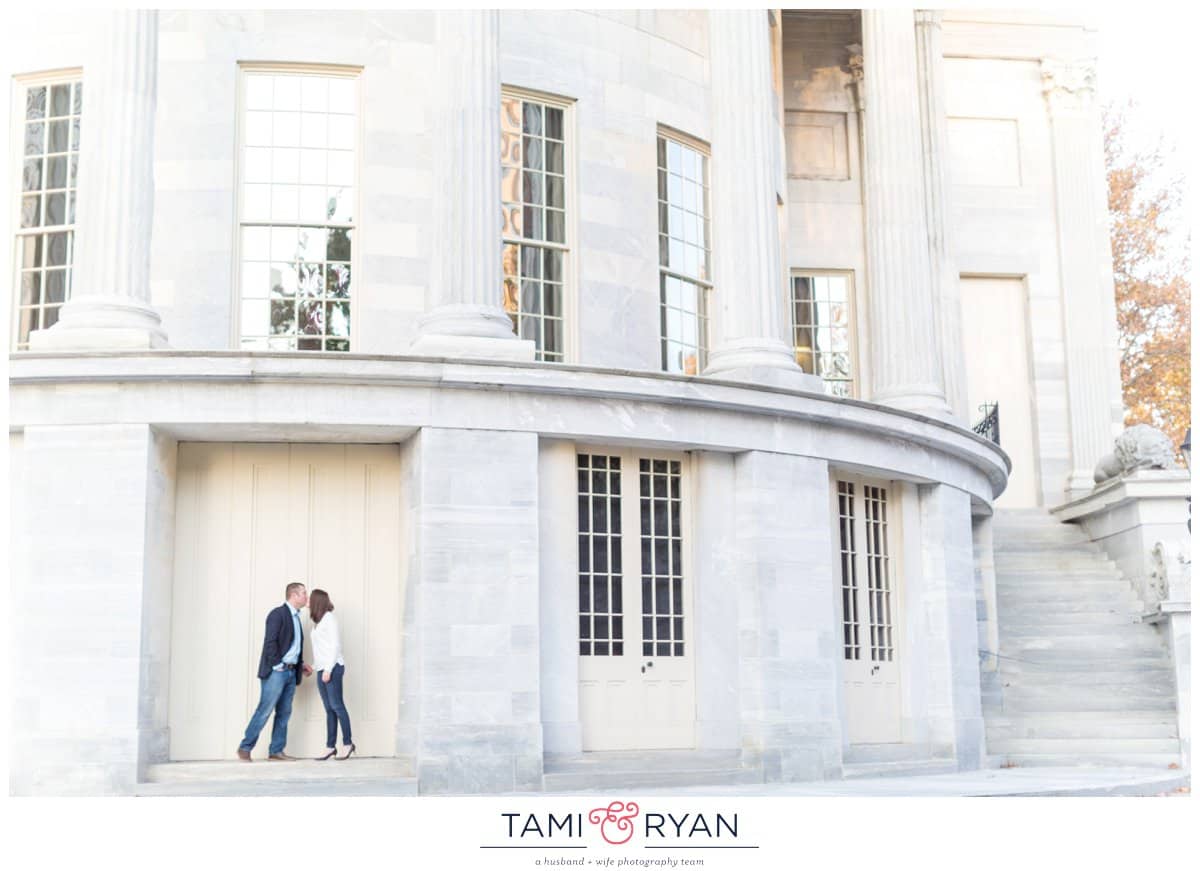 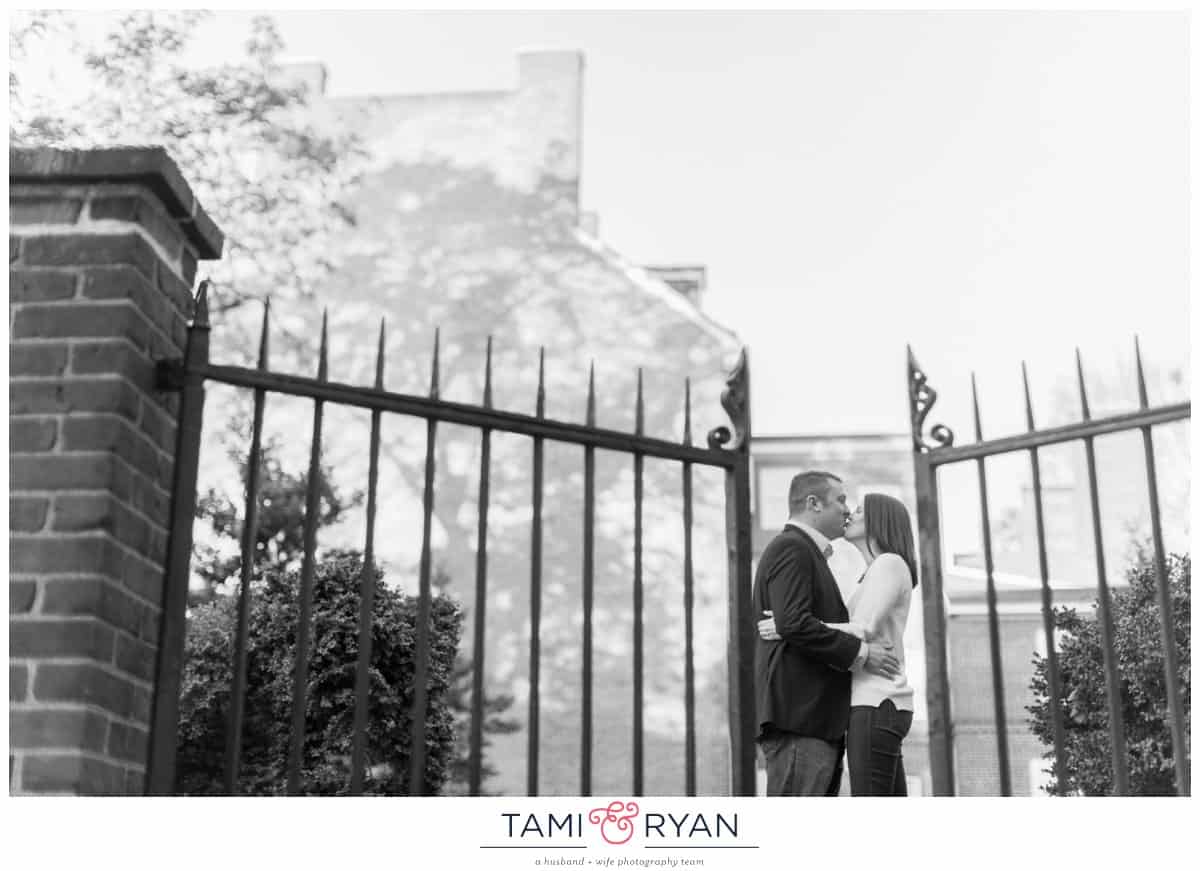 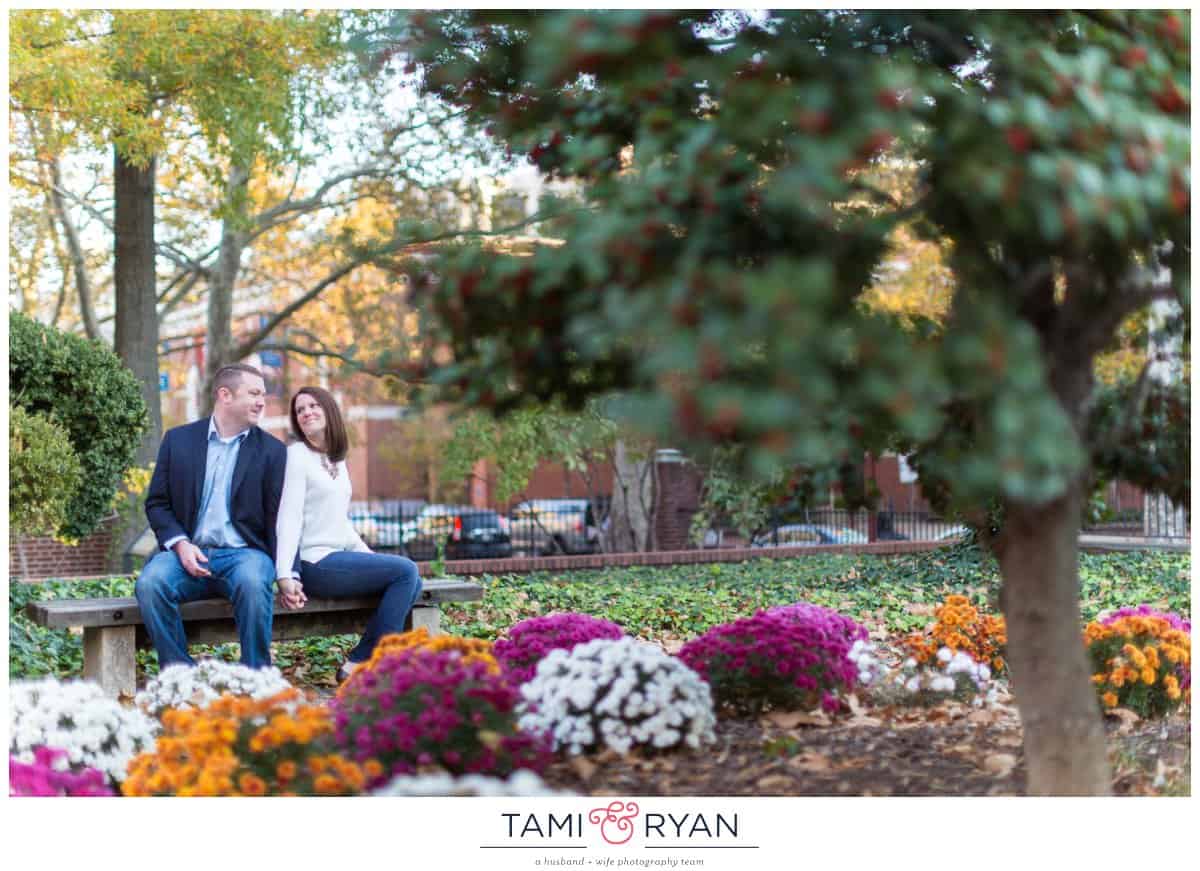 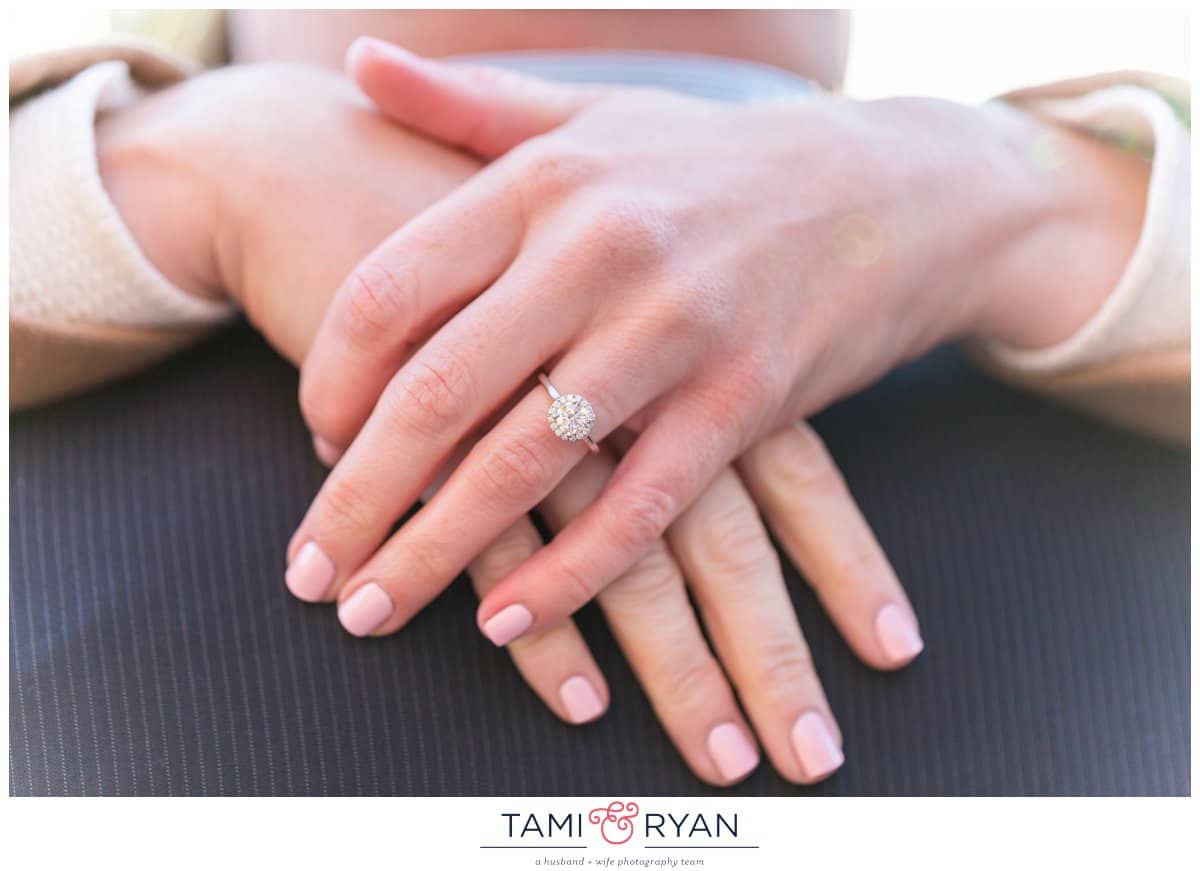 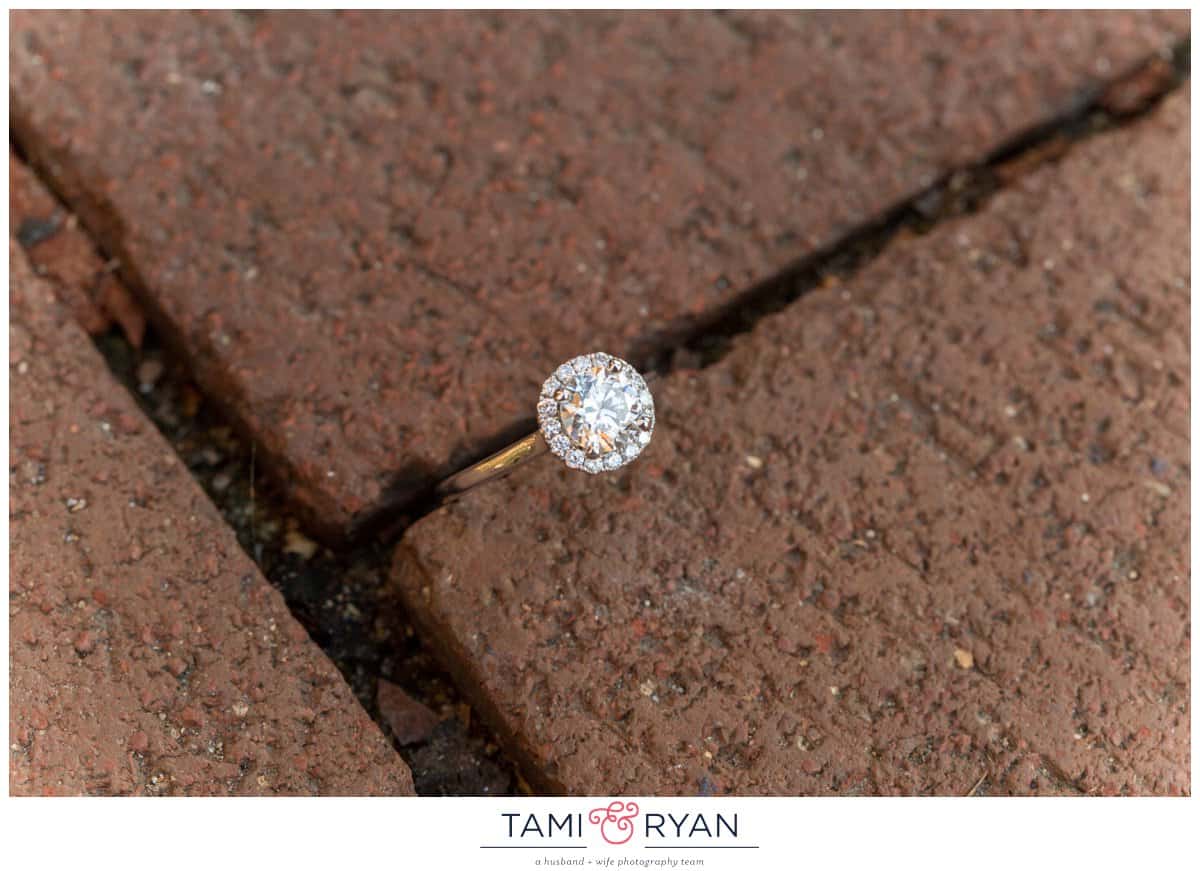